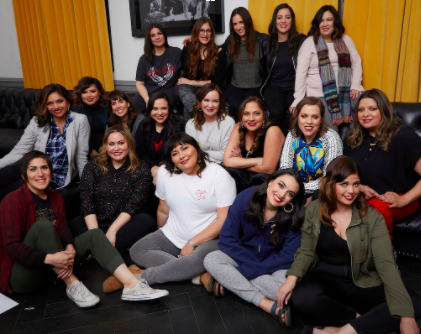 The issue of on-screen Latinx underrepresentation is, at this point, nothing new. Study after study — not to mention controversy after controversy — reminds us that Latinos are prized as audiences but not given the requisite opportunities to thrive in the entertainment industry. On July 2019, The Black List — the annual survey of Hollywood executives’ favorite unproduced screenplays that has since also become an online hub for aspiring screenwriters everywhere — partnered with The Latin Tracking Board, Mijente, NALIP, The Nathan Cummings Foundation, Remezcla and UnidosUS to create the very first Latinx List for feature screenplays. That list ended up including recent Sundance film Blast Beat as well as three projects from up and coming Latina screenwriters.

This February, The Black List has partnered with The Latin Tracking Board, NALIP, Remezcla, and The Untitled Latinx Project to create a call for submissions for the inaugural Latinx TV List. Knowing the television landscape is just as eager for more stories for and about the Latinx community (think Gentefied, Diary of a Future President, and Pose) this new initiative will focus on one-hour and half-hour original pilots written by at least one Latinx writer and featuring a Latinx or Latin American character in a prominent role. It’s a chance for aspiring writers (no matter their experience) to get their work noticed and celebrated.