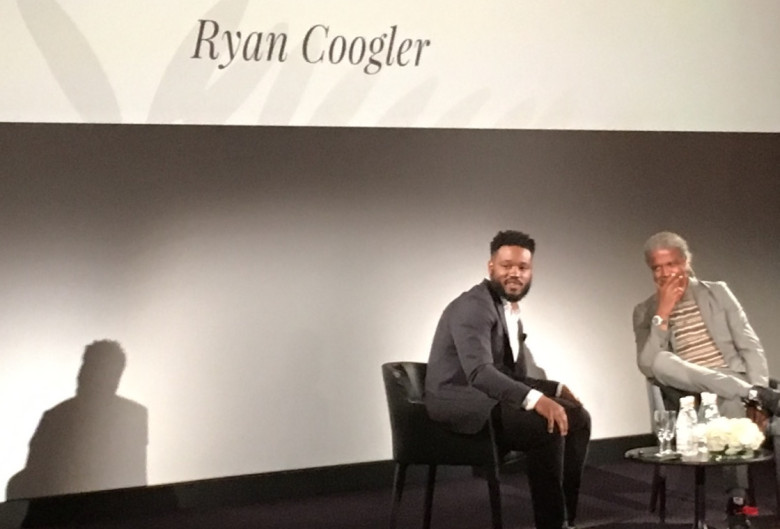 Filmmaker Raoul Peck and Abel Makonnen Tesfaye (aka The Weeknd) were among a May 11 packed house at Cannes’ Bunuel Theatre, where critic Elvis Mitchell spent 90 minutes digging into 31-year-old Ryan Coogler’s extraordinary trilogy of missing-father-and-son films: “Fruitvale Station,” which played Un Certain Regard after debuting at Sundance, “Rocky” sequel “Creed,” and historic blockbuster “Black Panther,” which Cannes played on the beach the night before .

Coogler’s original coming-of-age concept for “Black Panther” was “a lion learning what it means to be king … it was really about a man who had an idealized version of his father and country in his head. Having that broken, he had to pick up the pieces and create something new.” Coogler had never seen an African man like T’Challa, untouched by colonization, either in a movie or in history.

Theres’ no question “Black Panther” changed the rules of what works in Hollywood. Will it effect permanent change? “It’s a business,” said Coogler. “The business is informed by things life is informed by: colonization, institutional bias, racism. The business was built against these things.”