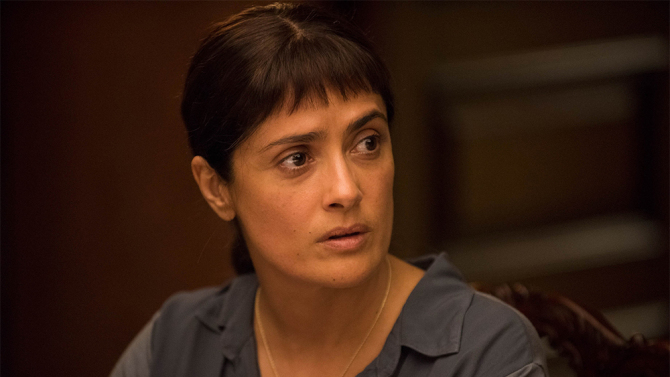 Salma Hayek will be starring in Miguel Arteta’s new film, ‘Beatriz at Dinner,’ a story about a Mexican immigrant who pursues a career as a spiritual health practitioner in the city of Los Angeles and meets an arrogant billionaire real estate developer at a client’s dinner party. There the two struggle to see each other’s worldviews, which results in multiple confrontations throughout the stay.

The film was directed by Puerto Rican, Miguel Arteta who participated in the 2016 NALIP Media Summit and was written by Mike White, the two last partnered up for ‘Chuck and Buck’ over fifteen years ago. The dramatic comedy will explore various topics such as racism, social inequality and immigration. ‘Beatriz at Dinner,’ premiered at the Sundance Film Festival in January and will be in theaters on June 9th.

We are excited to see both Salma Hayek’s portrayal of ‘Beatriz’ and how Miguel Arteta brought these two different characters to life.