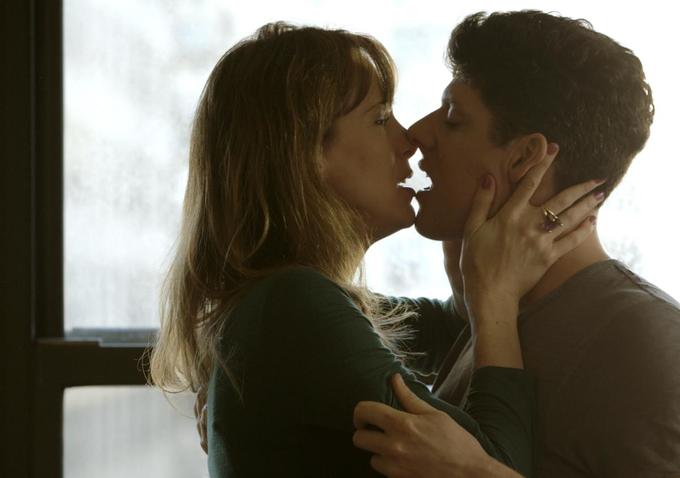 "You have the freedom to stick to your pure, unadulterated vision of the project."

In the winter of 2014, during the polar vortex in NYC, I walked into a restaurant called Freeman's on the Lower East Side. A friend of mine was late for lunch, and as I sat there waiting, I struck up a conversation with the very tall, friendly hostess who I swore I recognized from somewhere. It was Kati Rediger, a brilliant actress, whom I had almost cast as the lead in my play "The Talls" a few years earlier. I don't believe in fate but…well, okay, maybe I do. That chance meeting set one of my favorite creative collaborations in motion.

Kati and her then fiancée, now husband, Ashley Springer, wanted to make a short film that showcased Ashley's magic abilities. (Ashley has acted in a bunch of indies as an adult, but as a kid he was a straight-up magician prodigy.) They had a script for a five-minute short that centered on a magic trick in a bar, but weren’t sure how to go about making it. I told Kati that I had made a low-budget feature before and knew how to be scrappy if they ever wanted to pick my brain. The three of us started meeting every Wednesday to chat about the project. Eventually they asked me to direct it and I enthusiastically agreed.

But the more we talked, the more I realized that all of us were hungering for something meatier--me for a substantial opportunity to develop a story, and the two of them for roles they could sink their teeth into. I suggested we scrap the short and produce something bigger together: a web series.

For whatever reason, I never even considered making a feature.

We created a show called "The Impossibilities," which follows the misadventures of a jaded children's party magician and a daffy lesbian yogi. I wrote and directed while the three of us produced together. We worked with an incredible group of actors and crew over the course of a thirteen day shoot in New York last October, and split post-production between Los Angeles and Brooklyn. The process has been challenging and inspirational. And though I've learned a lot about making narrative for the web, I am probably just scratching the surface. It is an ever-changing landscape, a Wild West for content that is both exciting and intimidating. 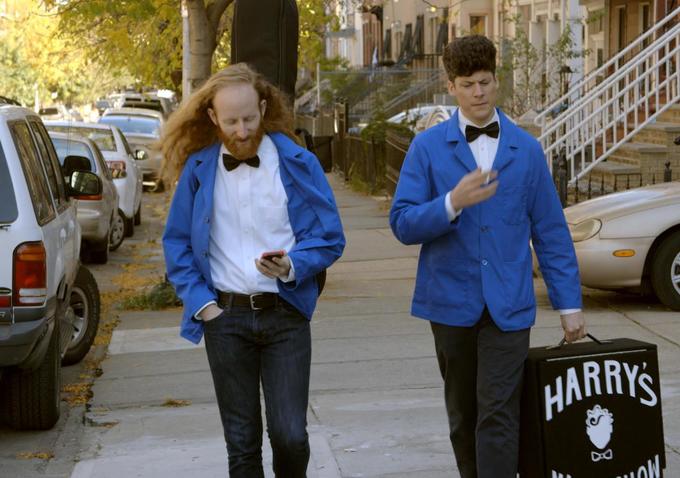 So should you make a web series? I don’t know. Maybe. I know it was right for us. Below I’ve listed a whole bunch of reasons that it might be right for you.

1. You have a clear vision that might not be conventional.

The glory of self-producing on the web is that you don’t have to answer to anyone but yourself and your collaborators. We didn’t have to trot into any meetings with executives to sell the idea, justify casting choices, or do rewrites based on network notes. You have the freedom to stick to your pure, unadulterated vision of the project.

2. You genuinely love your collaborators and could see yourself working together for a long time.

When Ashley, Kati and I started hanging out, I had a gut feeling that this was something very special. They're very communicative, talented and clearly wanted to invest in a project for the long haul. Producing a web series, like any independently produced project, always takes more time and more energy than you're anticipating. And yeah, it can be stressful. Not unlike a marriage, you and your central collaborators will have to field many challenges together and you have to have that fundamental respect in place in order to keep on trucking.

3. You want to create your own opportunity to showcase something special.

This one extends to writers, directors and actors especially. If the industry isn’t giving you the opportunity to display your talents the way you know you can, then you create that opportunity. When Ash, Kati and I all had something specific we were excited to showcase in "The Impossibilities." I wanted to write and direct something true to my voice: a comedy with heart and some darkness. Ashley (Harry) was an internationally renowned child magician who wanted to showcase his talents and reconnect with the magic community. Kati (Willa) was sick of being cast as rape victims and Russian prostitutes, and was excited to play a character that highlights her comedic abilities. 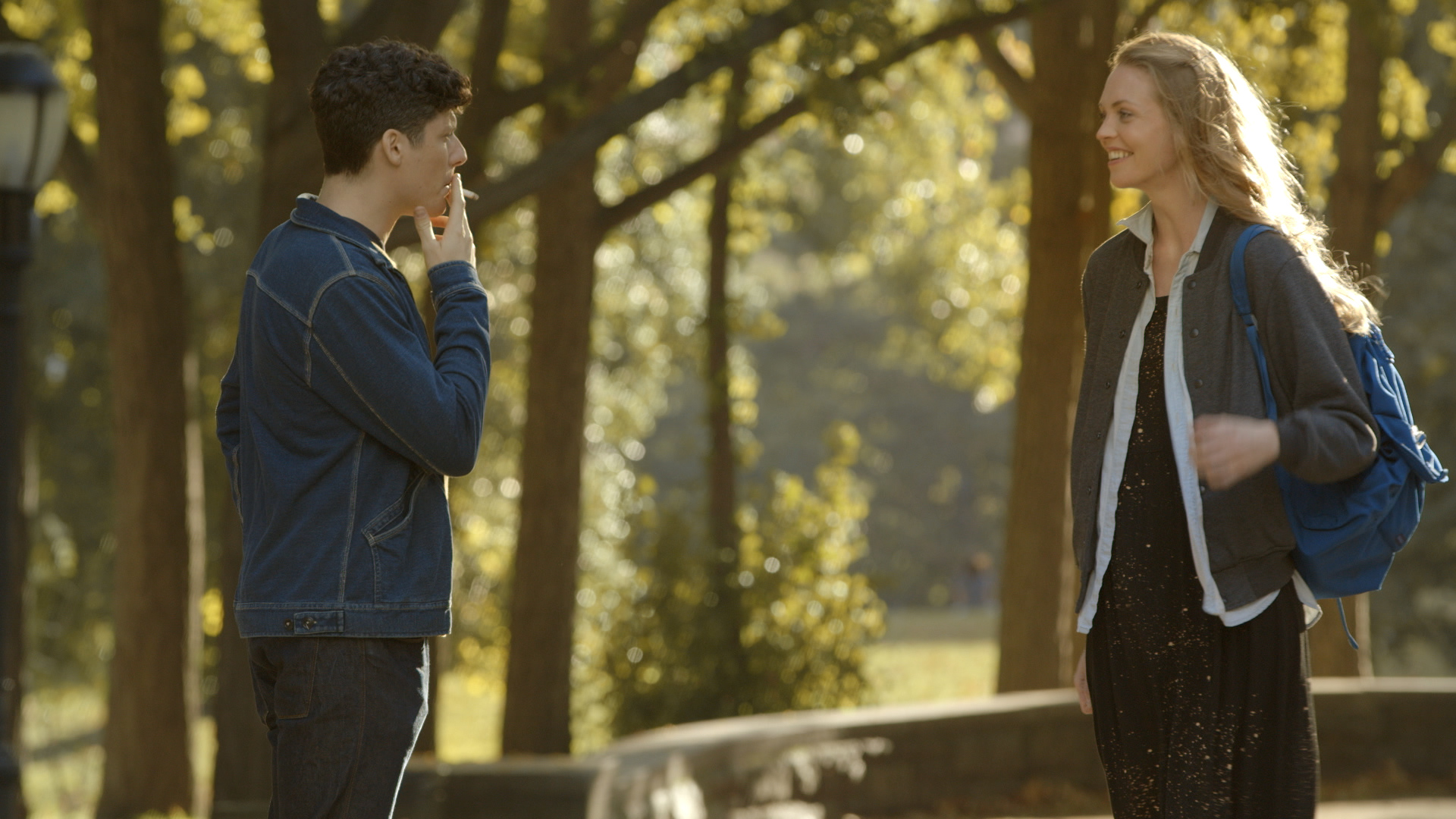 4. You can’t stop thinking up countless adventures for your main characters.

Unlike plays and features I've written, the arc didn't come to me as a discrete, self-contained story. It's always been about following the two lead characters through their various mishaps and triumphs. With anything episodic, the characters should entertain and surprise you. Sometimes I'd write a scene and think, "Nah ah! Willa, you did not just do that!" I can see myself crafting stories for these guys for a while.

Just as in indie filmmaking, you need to be flexible. If an actor or location falls through, you have to be able to think fast and come up with solutions. In Episode 2, there’s a kid's party in Fort Greene Park. Only one of our eight child extras showed up, so one of our PAs had to go wrangle an actual children’s birthday party. We got all the parents to sign releases and shot their reaction shots while Ash did various magic tricks. I think we only had those kids for twenty minutes, but I love the way that scene turned out.

6. You're willing to put in a little extra elbow grease.

The tradeoff for creative freedom is that you may not have a ton of cash to pay for a large crew. You need to be flexible and willing to lend a hand wherever it’s needed. Even though you’re not a grip, you might have to pack up those C-stands. Even though you’re not a PA, you might need to go pick up lunch. If I had been sitting in the proverbial director’s chair while everyone else was scurrying around, I really would’ve felt like a dick. That being said, there are a ton of benefits to a smaller crew. Everyone is busy all the time, so there’s less boredom on set. Mobility is easy. And there’s more of a family feel.

7. You want to work with SAG actors but don't have a lot of money.

I want to preface this by saying that paying our actors was a priority for us, and we ended up paying a rate comparable to SAG’s Ultra Low Budget. Paying everyone on your cast/crew something, if possible, is always the best way to go. However, under SAG new media agreements, there is initially no minimum rate. (I say initially because if you do sell your series to a platform of some sort, you will need to pay your actors some sort of deferred fee.) So if you are buddies with a fantastic SAG actor who’s willing to work for free or at a very low rate, the web series can be a great way to go.

The length, scope, and narrative of your episodes is entirely up to you. Maybe your show is like "High Maintenance" in that each episode stands alone as a character portrait, or maybe it’s more sketch-based like the original "Broad City" or "The Slope," or maybe you’ve got an unconventional gimmick like "Next Time on Lonnie." In our show, "The Impossibilities," the episodes alternate in perspectives between the two leads, Harry and Willa. While each episode opens with one of Harry's magic acts, episodes 1, 3, 5 and 7 are Willa's episodes while episodes 2, 4, 6 and 8 are Harry's.

9. You only have nights and weekends for production.

We treated the whole process like a feature. I wrote all eight episodes from Season 1 at the same time and we had a thirteen-day continuous shoot. However, many folks making online series are shooting on an episode by episode basis whenever they can. Since you're creating your own deadlines/release schedule, you can make it work around your existing commitments.

10. You’re comfortable finding your own audience.

We decided to self-release the first season of "The Impossibilities" for two reasons: we want it to be free online and we want to maintain creative control. The tradeoff, of course, is that we are the ones that are accountable for growing our own audience. We started on Facebook, Twitter and Instagram with friends and family and are slowly growing from there with support from the magic, LGBT and general film -loving communities.

Watch the trailer for "The Impossibilities" below and check out the first season here.