Filled with insightful knowledge about the filmmaking craft, bilingual humor, and lots of truth bombs, the Directors’ Master Class organized by the National Association of Latino Independent Producers was one of the best sessions at this year’s NALIP Media Summit. Three of Latin America’s most successful directors, all of which have made films in their home countries and in Hollywood, dissected their careers and shared some of their most intimate experiences with an eager audience.

For over an hour, Oscar-winning Argentine auteur Juan José Campanella (The Secret in Their Eyes, Son of the Bride), Venezuelan storyteller Jonathan Jakubowicz (Secuestro Express, Hands of Stone), and Mexican powerhouse Patricia Riggen (Under the Same Moon, The 33) candidly dished about influences, obstacles, and the joys of directing. The conversation was moderated by Guadalajara-born filmmaker Fernando Lebrija (Sundown).

From the on-screen stereotypes which fuel the negative images of Latinos that Trump has infamously popularized, to the tribulations female directors encounter in a field crowded with male voices and sexism, and even the political implications of making a film that doesn’t sit well with authoritarian regimes — the wisdom shared by the illustrious panelists made for an unforgettable event.

With no clear trajectory to achieving a successful career, filmmaking is one of the most improbable professions out there. These three storytellers know that sometimes the hurdles become almost too much to bear, so they shared their secrets to taking a vision that starts on paper to its completion.

Here are some highlights from the impassioned conversation.

Campanella on Growing Up Loving Movies More Than Futbol

The director inside me rose without me knowing it. I was maybe the only Argentine that is not crazy about soccer and when I was a kid there were movie houses in every neighborhood, there was no VHS, but there were two or three movie houses in my neighborhood that had a different double bill everyday, so we went to the movies a lot. One day I went to see All That Jazz, I was studying engineering, and it’s one of those experiences that you remember everything about the day because that’s when I decided that I had to study [filmmaking].

Riggen on Growing Up as a Mexican Girl

I was born and raised in Guadalajara and at the time there was no film school there, as a Mexican girl my mom didn’t let me go anywhere [else] to school. She was like, “Choose whatever you want in Guadalajara. You are not going anywhere [else].” So I chose Communication Sciences because it had one semester of film in the fourth year.

Jakubowicz on Going from Journalism to Dealing with Harvey Weinstein

I went to university for journalism in Venezuela. In the summer, I did a course at the New York Film Academy. Then after I graduated from university in Venezuela, I went to the Masters Program at UT Austin. It’s a three year program, but I only did one year because during the summer vacation of that year I went home to make a short film on a kidnapping, and the guys who were playing the kidnappers told me, “What the hell is a short film? Isn’t this a movie?” So that became Secuestro Express. It wasn’t a flop. [audience laughs] The movie became very successful in Venezuela especially, and then I was lucky enough to premiere here at the AFI Film Festival. Harvey Weinstein saw it and ended up releasing it worldwide. 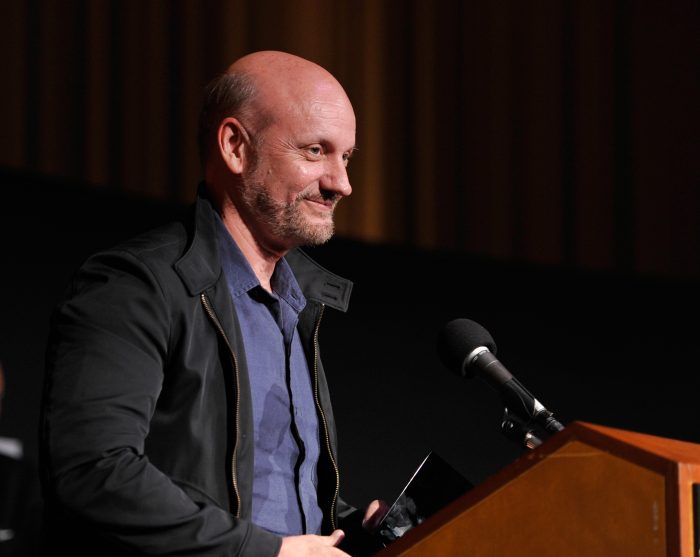 Campanella on His Two Forgotten Flops

[When] I started working in the United States my first two films were huge, huge, huge flops. They may be the only two films in American history that never came out on DVD. I’m almost positive. Then I went back to Argentina in 1999 and I made my movie there, the movies that I wanted to make. That got me here.

Jakubowicz on What He Learned in Film School

What I did learn in school was definitely helpful, especially in building confidence. I think at the end of the day when you are directing and you are behind the camera, if you didn’t go to school you are probably thinking, “I wish I had gone to school cause I would know how to do this,” but when you went to school you know they are not going to teach how to do this. At least you know it’s not because you didn’t go to school that you don’t know.

Campanella on the Movie He’s Always Been Trying to Make

Jakubowicz on the Movie He Ripped Off

I remember the time I said I wanted to be a filmmaker, it’s less poetic of a movie than Juan’s, it was Natural Born Killers. I remember walking out and seeing the entire audience rooting for the bad guys and I said, “This is what I want to do for a living.” Secuestro Express is my rip-off of Natural Born Killers. You are always imitating the things you like. 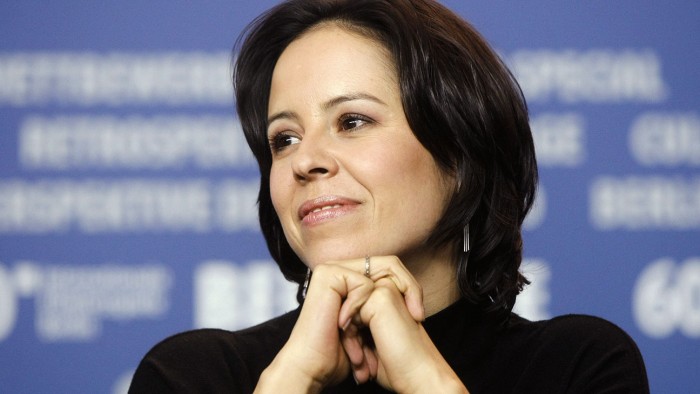 When I met Mira Nair, it was the first time I saw a woman director and I was very impressed. “I want to be like her,” that’s what I thought. That’s why I do these things. Sometimes I’m very tired and I don’t want to go to the panels, but I always try to do it so that all the women out there see that there are other women that are doing this. I’m kind of a latecomer to film. I could have gone 10 years earlier if I had seen one. If I had seen one I would have known exactly what I wanted to do, but I never saw one so it never occurred to me. I just want more female directors out there.

Jakubowicz on Working Alongside Robert Rodriguez

I worked on Once Upon a Time in Mexico, in San Miguel de Allende. I was a PA, and it was great because I got to spy on Rodriguez. I was the worst PA in history because I was always looking at what he was doing. I was lucky that Rodriguez’s wife at the time was from Venezuela. She had seen a documentary I made and that’s how she invited me to be on set. Working with him was another film school in a way.

Riggen on Wanting Other Women to Have a Chance at Directing

I’m very prolific. I don’t know if I’m the best female director from Mexico, but I’m the most prolific fortunately. But I’m fighting for all these other women around me from Mexico, from Latin America, or from anywhere in the world to have the opportunity that thankfully I’m having.

Jakubowicz on Why We Need to Declare a State of Emergency

When I hear some people think that what Donald Trump says is not racist, I think it’s because they are reacting to the stereotype [they see]. Those are the Latinos they have been perceiving their entire lives because a lot of them haven’t met one. You see Donald Trump on CNN saying that and then you change the channel and you watch a movie where Latinos are doing exactly what he is saying. There is nothing wrong with telling those stories, but there are other stories. Because of the moment that we are living, when one of the two potential presidents of this country is so clearly going against this community, I think we need to declare a bit of an emergency and work on changing the stereotypes. 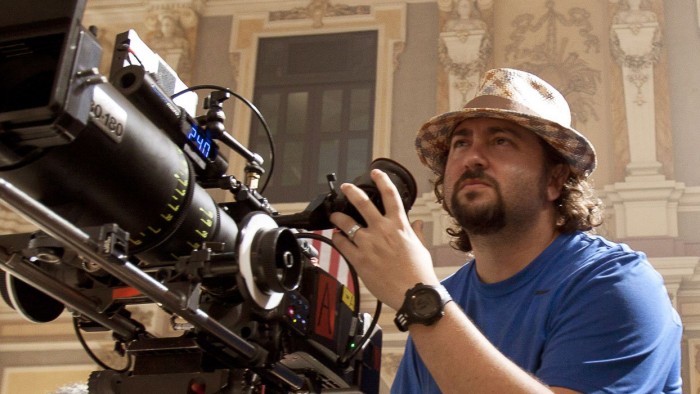 Riggen on Using Trump as a Reason to Unite

NALIP should make a call to all its members and find a way for all Latinos to unite because that’s really what we are missing and it applies to the film industry and our whole culture. The African American people have figured out how to make movies. They have their stars, not three but 30. They have a system. They have an audience. They come out and watch their movies. That’s why all the studios greenlight several African American movies every year in every studio. We haven’t been able to do that as Latinos, and it has to do with all of us uniting somehow. Maybe Trump will help us unite.

Campanella on the Lack of US Latino Directors

Look at this panel, the three of us were born and bred in a different country. I don’t consider myself part of a real community here because I think that the ones that are really having problems are people that were born here, that are American, and who have no country to turn to. This is their country and they are treated like a minority and different people. I am different. I make my movies somewhere else. I wouldn’t know what it is to grow up in East LA or [be] Tex-Mex. But I think that the fact that the three Latino filmmakers that are here were born in a different country tells you a lot about the state of the filmmaking community.

I dedicated seven years of my life to make this movie, the mentor during those years, believe it or not, was Robert De Niro. He was extremely close. At the beginning we went to him and we supposedly had a financier who was going to put the money and the financier didn’t have a penny. The movie fell apart, and I thought De Niro was going to leave but he called me. I thought he was calling me to tell me goodbye, and he called me to say, “I’m really worried about you because what just happened to you must be very tough. You have a movie with this cast and you worked on it for so many years and then it fell apart in pre-production.” He said, “Just know that I’m there. I’ll help you out it together. You should go to Panama and try to put it together. This movie is very important for the world but is for sure the most important movie in the history of Panama. Money has to have a reason to be invested in a movie, and in Panama you are more likely to find people with reason to put money in your movie.” I moved to Panama without a dollar and raised $24 million. De Niro worked very close on the script, he helped us raise the money, he wrote letters to the government of Panama, he hosted a dinner in New York for the president of Panama, he called John Turturro every day for a month until John said, “OK I’ll do the role.” It was really amazing how he became a mentor to me. When I did The 33 I had to cast 33 Latino men and I feel that some of those Latino actors not from the US still have a lot of issues with a woman giving them direction. That was a very painful process for me. It made me turn to my American Latino actors who have no problem.

One shouldn’t make films thinking that you are making a film that’s going to be successful or the one that’s going to win the prize. It has always been the opposite for me. The films I thought were going to be hits were absolute failures, and the one that I felt we needed to save money on because nobody was going to watch it won the Oscar. “No one knows anything,” is the best phrase of them all. A producer said once that if he had said yes to everything he said not to, and no to everything he had said yes to, he would be in just about the same place. Do your best in every film, and also have “piel de rinoceronte.”

Jakubowicz on Fighting the Idea That He Made a Hollywood Film

All of our crew were Latinos. A lot of people think this is a Hollywood movie, but this is Latino movie with Hollywood guests.

Riggen’s Advice to Women in the Industry