Congratulations to all the nominees and well deserved winners of the night, we want to see more of our stories from BIPOC communities being told and celebrated, in order to do so we must continue to push for more inclusion across all media and remind readers why there’s still more work to do when it comes to including more diversity in Hollywood. While the 2021 Oscars showed more diversity in some areas and milestones for some creatives, a lack of representation for Latinx nominees was evident. 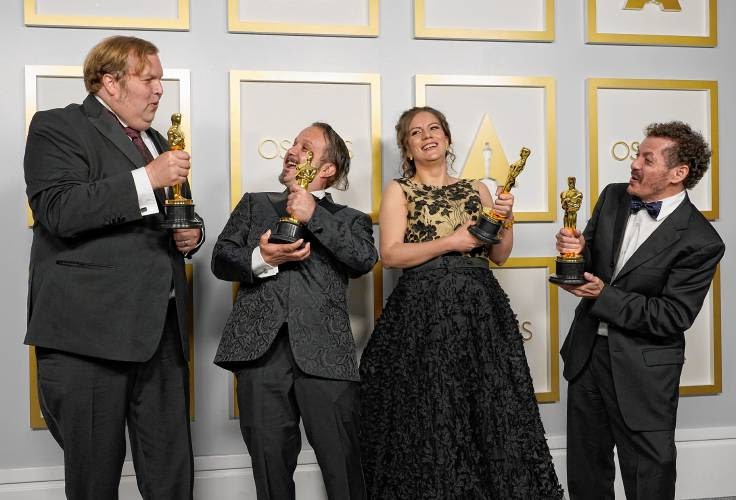 For “Sound of Metal,” pose in the press room at the Oscars on Sunday at Union Station in Los Angeles.

“Sound of Metal” won two Oscar awards Sunday, one for Best Sound and Best Film Editing. The sound team included three Mexican sound engineers, Jaime Baksht, Michelle Coutollenc, and Carlos Cortes. Variety asked how it felt to win an oscar and how it felt to be sharing such an award with Mexico. Baksht made it noted to include all the people involved with the project from all over the world. He describes how they share the award with many counties, having three Mexicans work on the project as well as a French guy, an American, a guy from Finland, and Venezuela. Cortes finishes off by stating, “I’m really glad that Mexico is a part of this team because, as Jaime said, it's a bigger and broader team, but I’m really glad that it was developed in Mexico. The whole team came together there, and that’s why it’s so amazing, and I’m honored about that.” 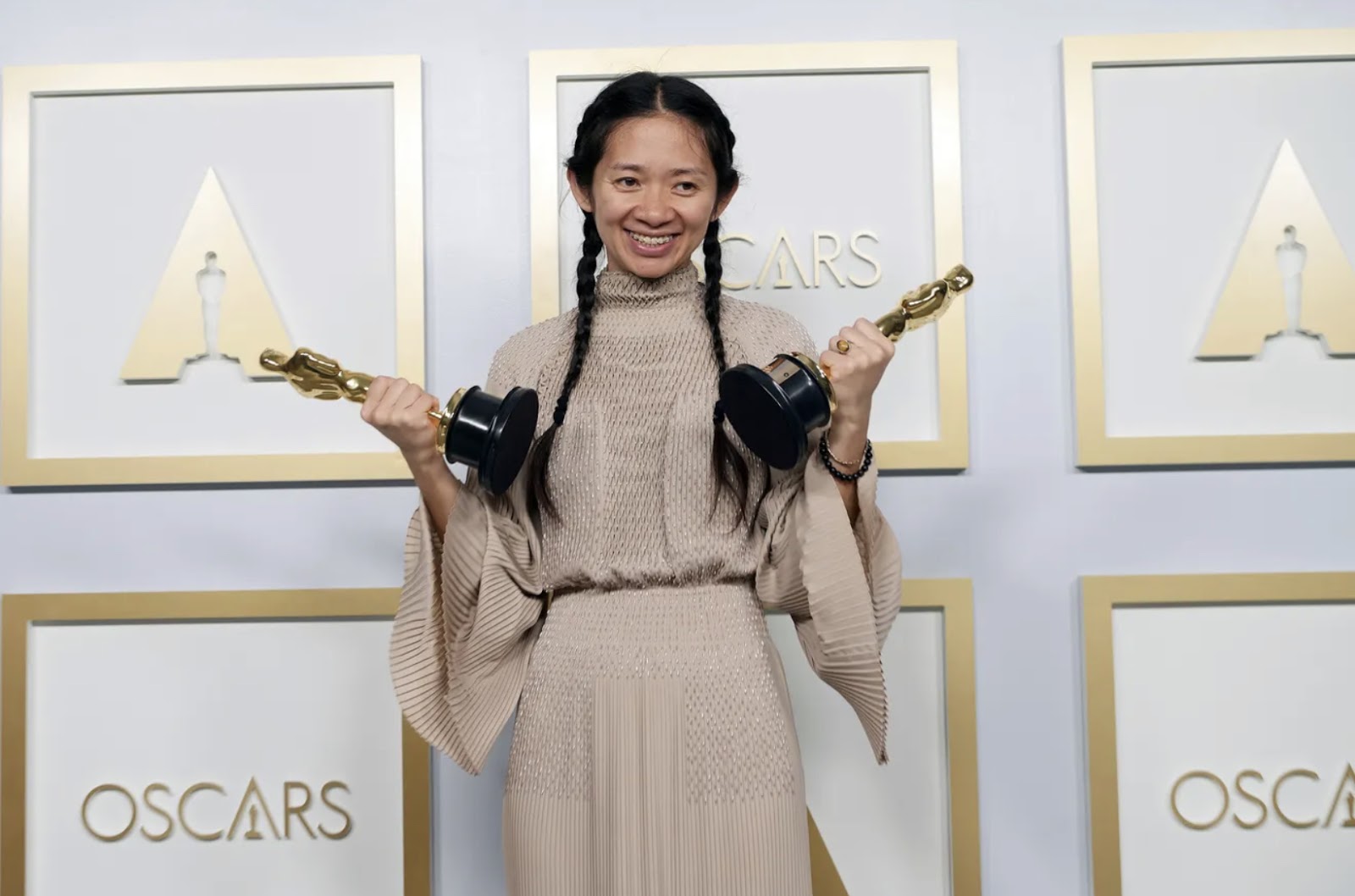 The night’s big win went to Chloé Zhao, and her team won two Academy Awards for Best Director and Best Picture. Chloe Zhao made history by being the first woman of color to win an Academy Award for Best Director for the meditative drama "Nomadland.” NALIP is an ally to the AAPI Community. We believe in inclusion across BIPOC communities and while the Academy Awards are recognizing the works of talented individuals, there is so much growth in Latinx representation space to be done. 2021 was the first year for a Chilean film to be nominated for Best Documentary, ‘The Mole Agent’ directed by Maite Alberdi and produced by Marcela Santibanez. Shaka King, the director of “Judas and The Black Messiah,” was also nominated. Not nearly enough representation especially when it comes to how Latinx creators are still incredibly underrepresented in Hollywood even when we represent such a huge part of the United States & 25% of ALL income at the U.S. box office.

To review all the winners and nominees Click Here